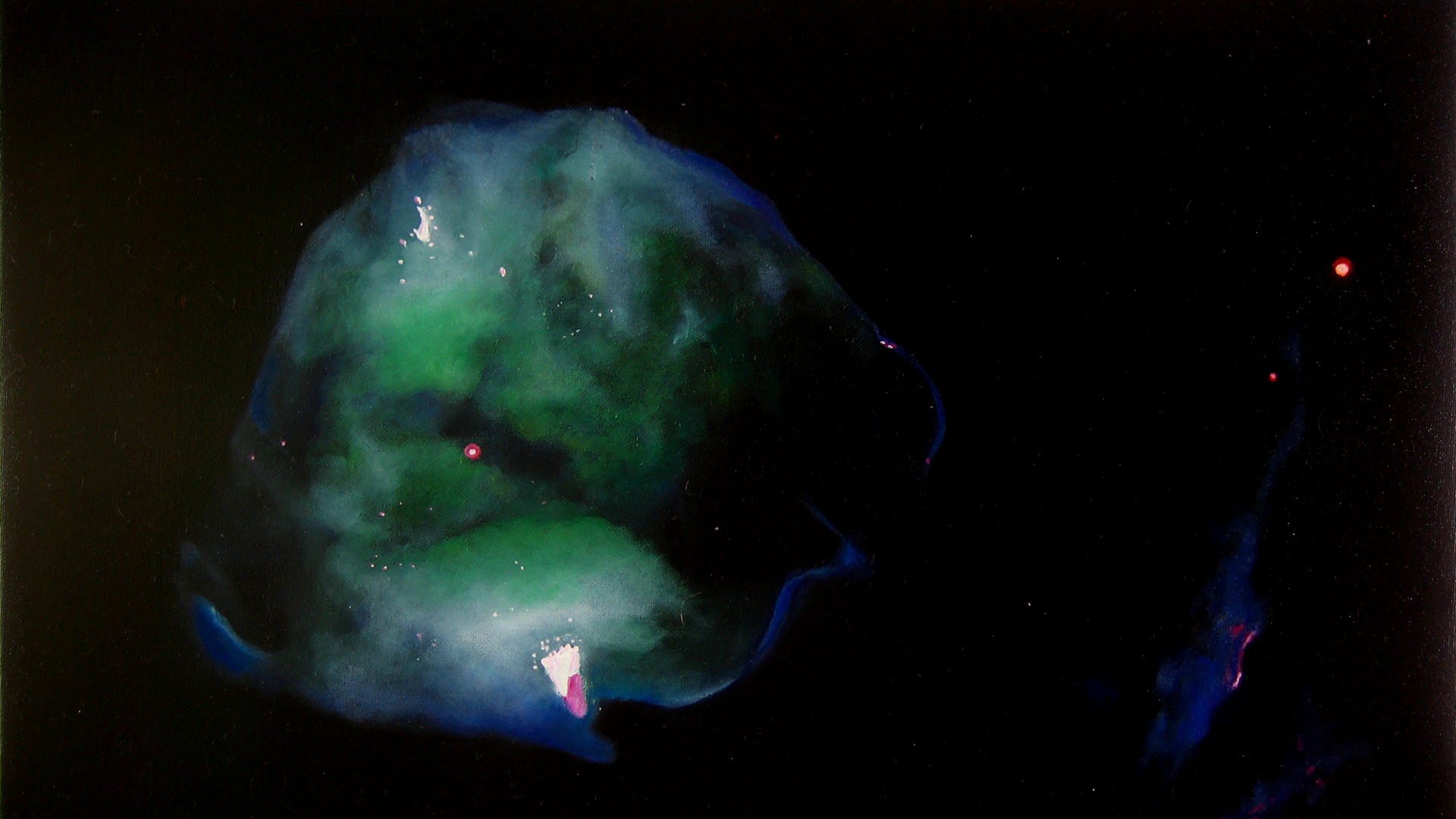 Planetary Nebula NGC 2371 – This blob of gas shows the remains of a star that ended its evolutionary life as a white dwarf (this is the fate of our sun in about 5 billion years). The star in the middle is the size of the earth but a million times denser. The materials of the dust is made up of the same elements that formed earth 4.5 billion years ago. Such elements are oxygen, calcium, iron, nickel and silicon, among others.